To Qualify the Quantity or to Quantify the Quality? 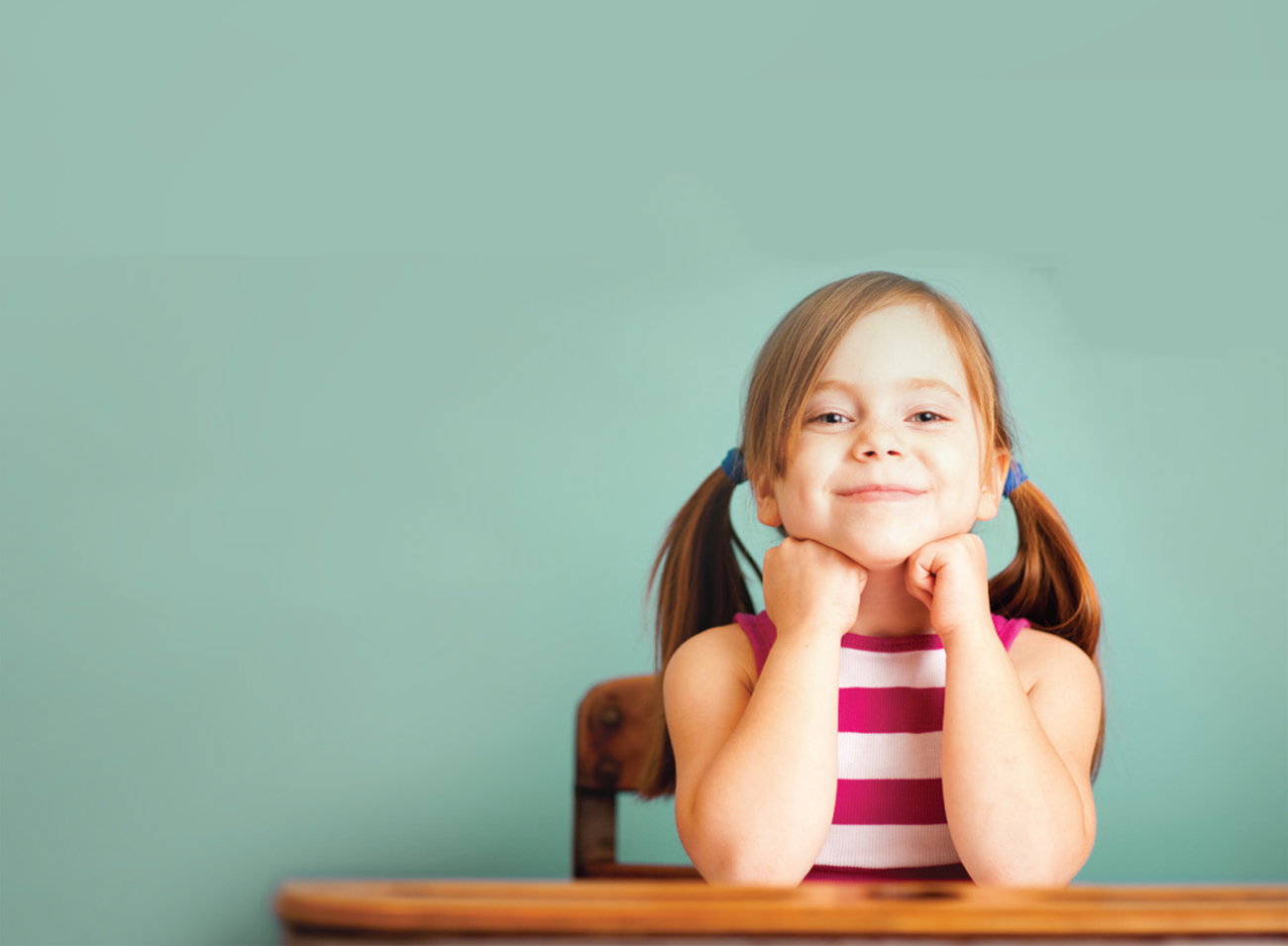 It is truly fascinating how people’s remarkable lives influence the way one may think about almost everything. I had this feeling when I completed Dr Henry Marsh’s book: Do No Harm: Stories of Life, Death and Brain Surgery (Weidenfeld & Nicolson, 2014). In the book Dr Marsh confesses that it took him about 20 years to lead a brain surgery and that the greatest part of this time he was learning how to work in the brain. His narrative is absolutely fantastic and I remember I consumed the book within three days (280 pages). He is also an ingenious surgery mechanic inventing drills, drilling processes and new techniques advancing neurosurgery. There is then the story of Stephen Wiltshire, a British savant syndrome sufferer, at the age of three he was diagnosed as autistic, he was mute, living almost entirely in his own world. He learned to speak fully at the age of nine but he has a tremendous talent for drawing. He simply sees things, landscapes and skylines mainly and then he can draw them from memory in their finest detail. His works on landscapes are now famous, he runs his own gallery in London and in 1998 he earned his postgraduate degree in drawing and printmaking from the City & Guilds Art School. Now he travels all over the world drawing places, cities and landscapes, his exhibitions and public shows are big events attracting public and media attention. He is a star (see: stephenwiltshire.co.uk).

What can these two cases tell us about learning? First that learning is a dynamic process, it happens in an interaction with the people around us, with our colleagues and peers. Second that learning is plastic, in other words learning takes place throughout our lives, it changes as things or times change, we can add qualifications, expand the boundaries of our knowledge and widen the horizon of our skills and craftmanship. Thirdly learning is regulated by an esoteric switch, readiness to learn or to apply what you have learnt depends a lot on your personality, your abilities and your inner world. Last, learning needs time, a kind of incubation period. It is very temperamental in this sense. There are those who after a short period of mimicry and imitation are able to follow the desired status but there are also those that need time to unfold their creative powers, assimilate what happens around them and accommodate it into their own perspective.

Alice Omaggio, back in 1978, listed seven characteristics she noticed successful language learners use when learning is to take place. She reported that first they are shown to have an insight into their own learning style and preferences, this leads them to take an active approach to the learning task. She also noticed that they are willing to take risks, that they are good guessers and that they pay attention not only what the words and the sentences mean but also how they are put together. The latter helps them to make the new language into a separate system and try to think in it as soon as possible this makes them more tolerant and outgoing in their approach to the new language. There are many other lists with such characteristics, in the literature you can find Rubin & Thompson’s (1983), Oxford’s (1990), Lightbown & Spada’s (1997), Hedge’s (2000), Nunan’s (2000) and Griffith’s (2008, 2013). I think though that all of them reproduce or rephrase the Omaggio’s one. Strange though it may be this very list may coincide with the 21st century skills list which according to OECD (Schleicher, 2030 Education Project) are: collaboration and teamwork, creativity and imagination, critical thinking and problem solving. Learning, then, of any subject, seems to have the same requirements and priorities, the same foundations.

Now the question is if you think that a degree in medicine matters to Dr Marsh’s patients or if you think that art lovers may be impressed more from Stephen’s PhD than his sketches. Alternatively, would you trust your life with a junior neurosurgeon commendable but inexperienced? Or, would you appreciate pedestrian art from a laureate but not talented artist?

In essence, learning has to fight against two obstacles: schooling and standardized tests. The philosopher Ivan Illich, in 1970, wrote a book titled: Deschooling Society. In the book he argued that schools – not the educators – are useless establishments of the dominant ideology that actually work against the rights of youth which are the freedom of being and education. He envisaged the “rebirth of the Epimethean man” making a distinction between “classical” and “contemporary” man favouring the former and his ideals. His critique was against a futile and highly suspicious schooling system which: “ … creates jobs for schoolteachers, no matter what their pupils learn from them” (p 30),or, the scope of schooling: “In fact, learning is the human activity which least needs manipulation by others. Most learning is not the result of instruction. It is rather the result of unhampered participation in a meaningful setting. Most people learn best by “being with it”, yet school makes them identify their personal, cognitive growth with elaborate planning and manipulation” (p 39). Finally Illich turns against schooling value system: “In school we are taught that valuable learning is the result of attendance; that the value of learning increases with the amount of input; and finally that this value can be measured and documented by grades and certificates” (p 43).

The issue of value is under scrutiny then. We can start by investigating how many of the good learners’ characteristics a standardized test may detect. The answer readily is none. Then, we move on to check how many of the 21st century skills are tested in a standardized test and how. The answer is again none. Moving then to the purpose of these tests. How many things about learning can we infer or understand from these tests? Its plasticity, its dynamic nature? Unfortunately, the answer is still none. Let us now check the exam authorities. Are they language teachers? Have they taught at all these different contexts language courses are developed? Who is a standardized test addressed to? According to TALE Handbook they are: “ Tests that address all learners in the same way (they all answer the same questions and carry out the same tasks) and are scored in a ‘standard’, consistent and reliable manner, which makes ranking and comparing learners’ performance easier.” (Handbook of Assessment for Language Teachers, 2018)

It would not be an exaggeration to claim that standardized tests sponsor a kind of collective cognitive bias, namely, they promote a false belief in such convincing way that it seems to have a face value. We can call this cognitive bias “illusion of competence” in the sense that certificate holders believe that the certificate has the face value it claims. The holders and the vested parties agree that holding the certificate, passing the standardized tests, completes the learning journey and entitles you with all the privileges this certificate acclaims. They believe that language learning, like any kind of learning, is a “body of knowledge” that needs to be mastered and this mastery happens once after the successful completion of the exam. In this sense it is also a kind of “confirmation bias” as the holders identify themselves with the completion of the exam course and the ideology it carries. No loose ends, they should never look back or even forward.

The issue is, then, if language learning cannot be assessed with standardized tests then how. There are so many and so creative answers to this question. The TALE Handbook quoted beforehand offers some viable alternatives (chapters 7 & 8, pp 148-209). I am planning to offer one as well.

The standardized tests can be replaced by on-going, portfolio orientated assessment conducted by qualified teachers (by the examination bodies) to do this. The teachers can be qualified in a similar process and they have to observe their learners for as long as they feel it is needed. The portfolio should be a collection of materials and tangible evidence that the learners progress with their language skills developing at the same time the rest of the social and learning skills needed to become valid members of the language learning community. These portfolios should be digital and accessible to the examination body which retains the rights to visit the classroom for further checking and monitoring. Teachers and learners flourish alike. We trust teachers to teach, which I find far more demanding and responsible than assessing, but not to assess their own learners in their unique context. If something like this is adopted thousands of problems of all kinds will automatically be solved. More importantly though learning will be at the heart of the process, classrooms will be more creative and enjoyable places and learners will learn much deeper and more effectively.