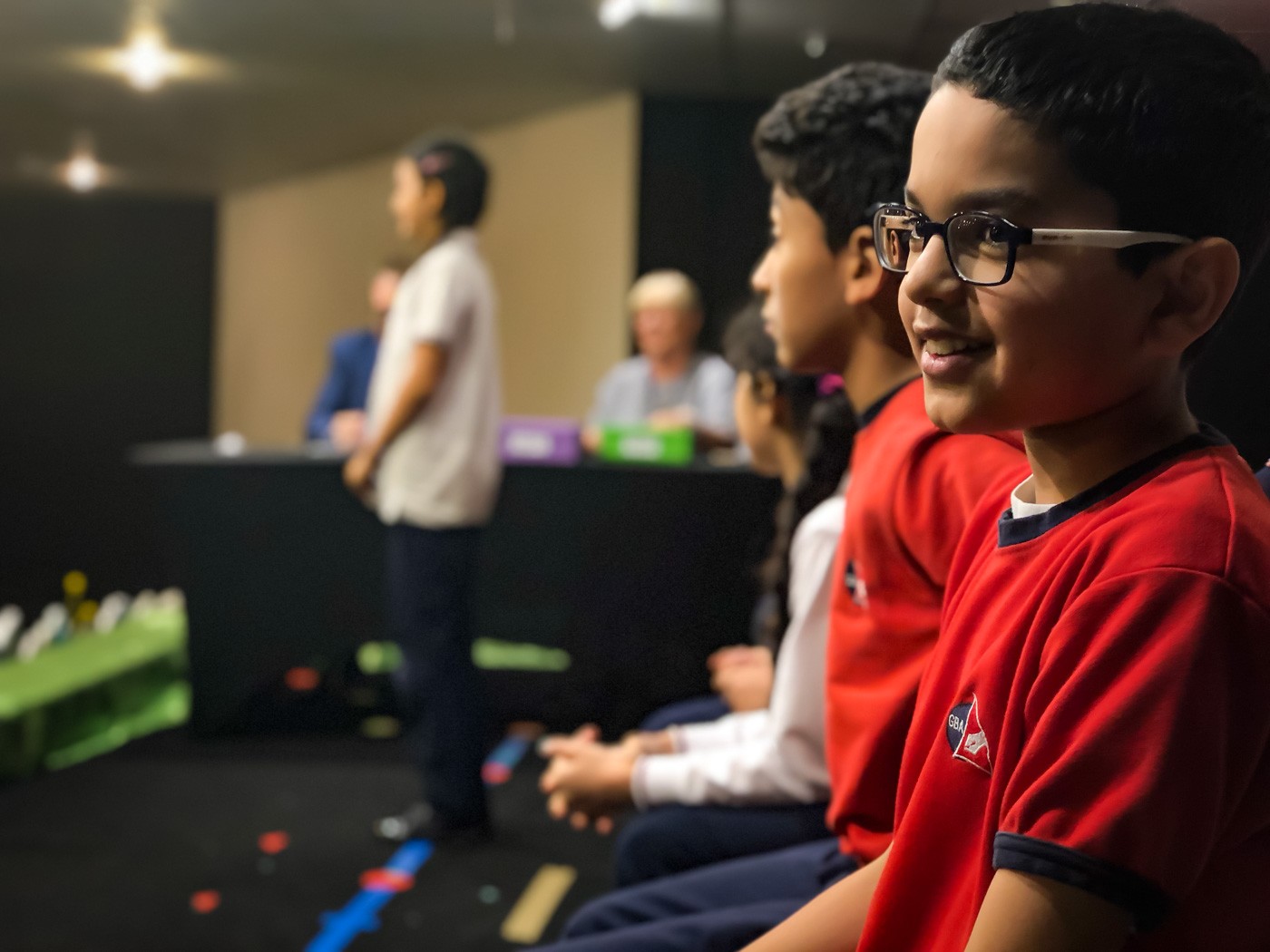 Auto spelling correction is so convenient nowadays when we type on our PCs or iPhone or all the other electronic devices at our fingertips. Does this mean that we have to give up on the skill of correct spelling?  Indeed some wonder why one should bother. I certainly think there are very clear reasons why we should persevere in the matter of correct spelling. For one thing, learning the spelling of words trains our memory and helps enormously to store the new vocabulary in deeper levels of the brain. Writing down the word when learning, adds more senses to the learning process and helps storage in the long term memory.

A poor speller starts with the word he wants to use and stops half way through as his memory does have enough ram to help him with the ending. He will start with “meti” and will not recall the ending and say “meticulous”. If we ask weak students how they learn a new word, the answer we get is that they study it. This means they look at it but do not spell it or pronounce it or write it down at the same time. So they only use visual means to record the new word. This is, of course, inadequate. Saying the word, writing it down, picturing it, visualizing its meaning and making examples is much more effective. So we need to get into the process of showing students how to unlearn deep seated ineffective study methods and how to acquire more effective study habits.

One way to turn the spelling practice into a game like activity is to organize the Spelling Bee competition which focuses on the spelling skill. The Spelling Bee game involves a degree of competition which is a healthy thing as long as the stakes are not too high. The game revolves around language items taught. It intrigues the interest of learners, is a welcome break from the usual routine and offers opportunity for meaningful communication between the learners as they process how to play the game. The Spelling Bee game, makes the children sustain the effort of learning, gets them active and excited. This is a welcome addition to an often sterile process of language learning.

Admittedly games are not central to teachers’ repertoire; they are considered a luxury, an add-on for when one has time to kill. We forget that through games one can learn a language and enjoy oneself at the same time.  According to W.R.Lee most language games make learners use the language instead of thinking about learning the correct forms (1972:2). Whenever a game is to be conducted, the fundamental factors to take into account is the number of students who participate, their proficiency level, their cultural context, the timing of it all and the classroom settings.  Learners with difficulty feel this is stress inducing and fear that they will underperform, fail and be humiliated. They may feel time is wasted and parents might question the pedagogical value. So we need to explain the rationale behind the game. With the Spelling Bee game for instance, we explain to students that their spelling will improve, their brains will be focused and   recall of vocabulary will be facilitated. This explanation will satisfy the most serious students who feel pressured by game time. The games give students something to look forward to but we do not give more than a quarter of an hour to the competition so as   to avoid boredom

HOW TO GO ABOUT IT

First we remember that a game is successful because it is based on specific time allocation, has clear relevance to the material and is appropriate to all members of the class. The teacher starts by handing out the word list which the students should know. Of course, this relates to the level of the students and the class target. We want to make sure that the choice of words will make it possible for students to feel that they are learning and that they are rewarded too. When students have been given the time needed, the teacher proceeds with phase 2 which is to demonstrate how the game will be played.

Demonstrating the procedure involves laying out the rules and choosing the easiest possible way to explain them.  These rules relate to the type of competition the teacher wants and are illustrated during the in-class simulation practice phase.

The following rules apply for a competition between two individual students.

1. The pronouncer (teacher) gives the word to be spelled and speaks slowly and clearly, without distorting the normal pronunciation of the word. His role is to correctly pronounce the word and give a definition or use a sentence example should the speller request it.

2. The speller (student) stands up and listens carefully to the pronouncer and asks for the word to be repeated or defined if he feels uncertain.

3. In this case, the pronouncer grants the request and says the word again or uses it in a sentence to make it reasonably clear to the contestant.

4. The speller has 30 seconds to pronounce the word.

3.  When the speller is sure he/she understands the word, he/she

a) pronounces it first,

b) then spells it and

4. The judge(s) may disqualify a speller who ignores the rules of the game.

5.  The judge(s) announces whether or not the word has been spelled correctly. He has the list of words and so the case of poor judgement is eliminated.

6.  If the spelling is incorrect, the speller loses a point from the game and the judge gives the correct spelling of that word.

7. Then the pronouncer reads a new word. The teacher usually gives 10 words and then moves on to a new pair of spellers.

After playing the game between two contestants, by which time all students have learnt the rules, the teacher moves on to the next phase.  The teacher divides the class in two or three groups depending on the class size and the Spelling Bee competition takes places in class. A 16 student class can give two groups of 7 and two judges or three groups of five spellers and one judge.

With younger students you line the groups across each other as the photo indicates. Students receive their number. Numbers could be on labels stuck on their blouses or on ribbons hanging from their necks. The groups sit facing each other. The teacher announces how many rounds the game will have. When all is in place, the Pronouncer starts the first round.

One can make the game more playful by placing a desk in between the groups with a bell on top. When the pronouncer says “go”, spellers bearing number 1 get up and shoot forward trying to hit the bell first. Whoever is the fastest striker of the bell, wins the right for his group to go first.  When the game starts the spellers who give a correct   spelling remain in the game whereas the ones who miss the spelling of one word are removed.  Pending members of the same group take their place. When all players have participated, the numbers of the competing groups simply reduce with every wrong spelling. When there are no more spellers to fill in the removed ones, the teacher ends up with a group of, say, 3 on the one side and, let us say, 5 on the other side. The point is to go on with the game until most contestants slip up and are eventually removed. If one ends up with two spellers, each from the opposing groups, the spelling bee competition goes on until the final winner surfaces. If one gets two or three spellers still on, from one winning team, then there is an internal competition until the very best speller makes it to the end. So in the end one gets the winning team and the Supper Speller who ends with a Certificate of Achievement.

PHASE 3. This is the final phase which takes place in the school library or the auditorium and involves two or three different classes of the same level of course. The rules are as above with a slight alteration. The Bee competition is conducted in rounds.  All participants are seated on the stage in a predetermined order or by a random drawing of names. Each speller is given a number to wear around his/her neck during the Bee competition. Participants spell in the order they are seated on the stage. The first round includes all spellers. Each subsequent round will include only those spellers who spelled their word correctly in the previous round.

If one gets groups of six for instance, one knows that these are indeed the six best players of the participating classes. The rest of the class members are observers on the sidelines. The judges are in place holding the list of the actual words which the teacher has set apart to be used. So if you have groups of six, your first round starts with six spellers who are slowly eliminated as the game goes on. If we have one survivor speller from each team, the duel goes on for the Supper Speller to emerge. At this level the teacher uses the words reserved for the final round which are the hardest ones.  procedure now goes as follows.  When one player misspells a word, the other player must spell that word correctly, plus one more word to be declared the winner. Naturally, the Supper Speller is the contestant who spells the misspelt word correctly and goes on to correctly spell the new word given.

The spelling bee is an exciting method which gives students a motive for revision, helps them to spot problem areas and enables them to assess their attention to detail in a structured but pleasant environment.  So the teacher’s Spelling Bee Bag will have to include a list of the words the students will have to memorize, decoration items for the place where the final event will all take place, badges for all spelling bee contestants, certificates of participation, certificates of achievement and a medal for the Super Speller.  Needless to add, the dominant colors for decoration and forms of recognition are yellow and black to resemble the bee. Students are primed to congratulate the finalists but also learn from the experience.

Zafi Mandali has been the Director of the Department of English at Ellinogermaniki Agogi for two decades. She has given a number or presentations, published a number of articles and has authored “English Grammar Exerciser” (Books 1 and 2), “Absolute Must in Composition Writing” (Books 1 and 2) and “FCE Training”, E.A. Publications. She holds a BA in English Language and Literature, Aristotle University of Thessaloniki and an MA in Applied Linguistics, University of Essex. Her soft point is storytelling in education. Email. This email address is being protected from spambots. You need JavaScript enabled to view it.