The First Lesson: What to Do and What Not to Do 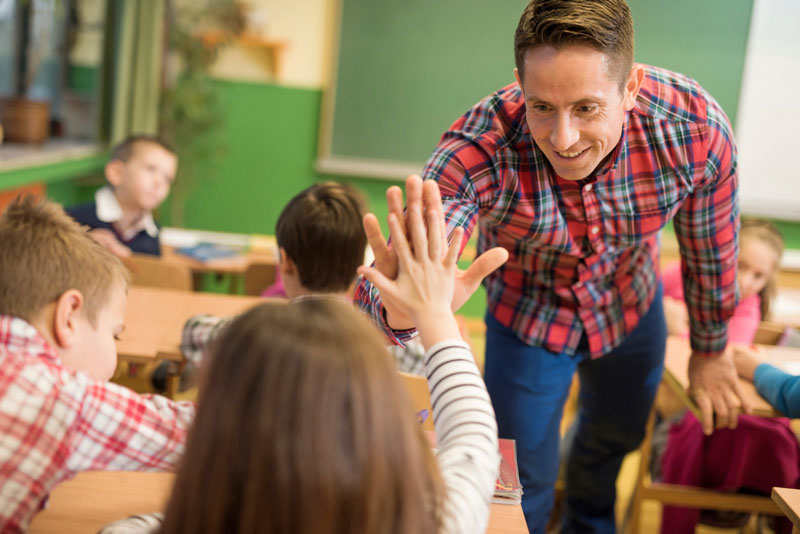 It’s that time of year again, when teachers meet new students, students meet new teachers and students meet new students. In this article, I wish to focus on the very beginning of this new beginning: the first lesson. It plays such a significant role in helping build the foundation upon which a course’s success depends that its make-up is deserving of close attention. What should, and shouldn’t a teacher do in their first lesson in order to help build a solid foundation?

Include a Get-to-Know-You Activity

I know it’s a cliché, but it’s a cliché for a reason. A good get-to-know-you activity has many benefits: it can help the teacher learn names and it can make the students feel more comfortable due to the simplicity of the task and the language required. However, clearly the biggest benefit is that it begins to create rapport: the students are able to see immediately that the teacher wants to go beyond the list of names on the register and find out who they are as people. I always aim to start the second lesson knowing at least one thing about each student, which I’ll try to reference. All teachers have their go-to get-to-know-you activity, but I’d like to share my personal favourite here.

I put the students into pairs or groups and tell them that they must find five things that they have in common. It can be made more or less difficult by adjusting the size of the groups, the number of items that they have to find and also by prohibiting them from choosing things that you already know them to have in common (L1, for example). I then ask each pair or group to report back to the class, and I encourage follow-up questions. It works very well at engaging them and usually provides some amusing answers. Lastly, don’t think that a get-to-know-you activity isn’t possible with a class that you already know, or already know each other. In the case of returning students, the classic 3-2-1 (three sentences, two being true and one false) based on their summer exploits is invariably a winner.

If I had a euro for every time I’ve heard a variation on What does [X] mean?, I probably wouldn’t have written this article. We can support our students here by zooming in on useful classroom language at the outset. In the classroom, at VYL levels, I use a puzzle task in which the students have to put the words from phrases such as Can I go to the toilet, please? and How do you say [X] in English? back into the correct order, followed by an equally fun activity in which I (or a student) secretly take one word away and see who can identify what’s missing most quickly. Online, I use a matching task in which the students have to put the two halves of phrases such as Click on the link and You’ve frozen back together, and then make a note whenever they hear any of the phrases used during the rest of the lesson. It’s vital that this classroom language is visible to the students after the first lesson; this can be done by either putting it on the wall (in the classroom) or by the students putting it on their own wall (online).

Perhaps no area is more important to address in the first lesson than discipline. Indeed, as Rogers writes: ‘It is much harder to reclaim unfocused, off-task, distracting behaviours than to establish positive, clear norms from day one and reinforce that by positive and confident behaviour leadership - the first meetings are crucial’ (2015:29). Rogers goes on to describe how best to establish a classroom behaviour agreement, hinged on the widely-supported notion that students are much more likely to obey rules if they have had a say in their formation. His suggestions revolve around three R’s: rights, responsibilities and rules, and, in a nutshell, involve holding an age-related discussion on the students’ rights and responsibilities before setting them the task of coming up with a set of rules that will serve to protect the former and help them meet the latter.

I find a pyramid discussion works nicely here, with the students deciding on their rules in pairs, then in groups, and then finally as a class (along with my input). I’ll then bring the printed-out agreement to the second lesson to be signed by all and stuck to the classroom wall. It’s true that many schools already have their own set of standardised rules, but I always find the personalised version complements this. If John can’t make it on time to class for a reason out of his control, for example, this can be written into the agreement: We will all arrive on time for our lessons, except for John, who will arrive no later than 15:40. It’s necessary to round this section off by focusing on what will happen if or when a rule is broken. I like to have the students put a list of jumbled-up consequences (i.e. what will occur the first time a rule is broken, what will occur the second time, etc.) back into the correct order.

Unlike one-to-one courses or specialised courses, the majority of our classes aren’t based on needs analysis; they follow the syllabus laid out by the coursebook. However, this doesn’t mean that we can’t ask our students to set their own targets. I do this in one of two ways, and I find both provide the students with extra motivation by helping them track their own progress. I use Post-it notes as one way: after a class conversation on what a language learner’s targets might be, and a look at the SMART method, I ask the students to put three targets on one side of a note and what they are going to do in order to achieve them on the other side (for example: I want to be able to see an English movie without Greek subtitles; I will do this by watching one English movie each week). I then collect them and return them at points over the year so that the students can reflect on how far they have come and how far they still have to go. Alternatively, and especially if it’s a higher-level exam class, I employ the CEFR can-do statements. I show the students the statements relevant to their level and ask them to give themselves a rating out of five for each one (5 = I can do this very well indeed; 1 = I can’t do this very well at all). I then ask them to discuss their ratings in pairs or groups and to give each other advice on how they can improve in each area. I’ll then return their scores just ahead of the exam and I’ll ask them to repeat the task. I find this very effective at making the students realise exactly what ‘B2’, for example, really means, and the hard work required in attaining it.

So, that’s my advice for what to do in the first lesson. But what about what not to do? Well, that’s simple. I have one hard and fast rule: DON’T TOUCH THE COURSEBOOK (other than to remind the students who don’t already have it that they will need it for subsequent lessons). I believe that the first lesson should be nothing more, and nothing less, than the teacher initiating a relationship with the students by learning as much about them and their expectations as they can, and the students doing likewise for the teacher and for each other. It’s this that will help build a solid foundation, which will in turn help build a successful course.