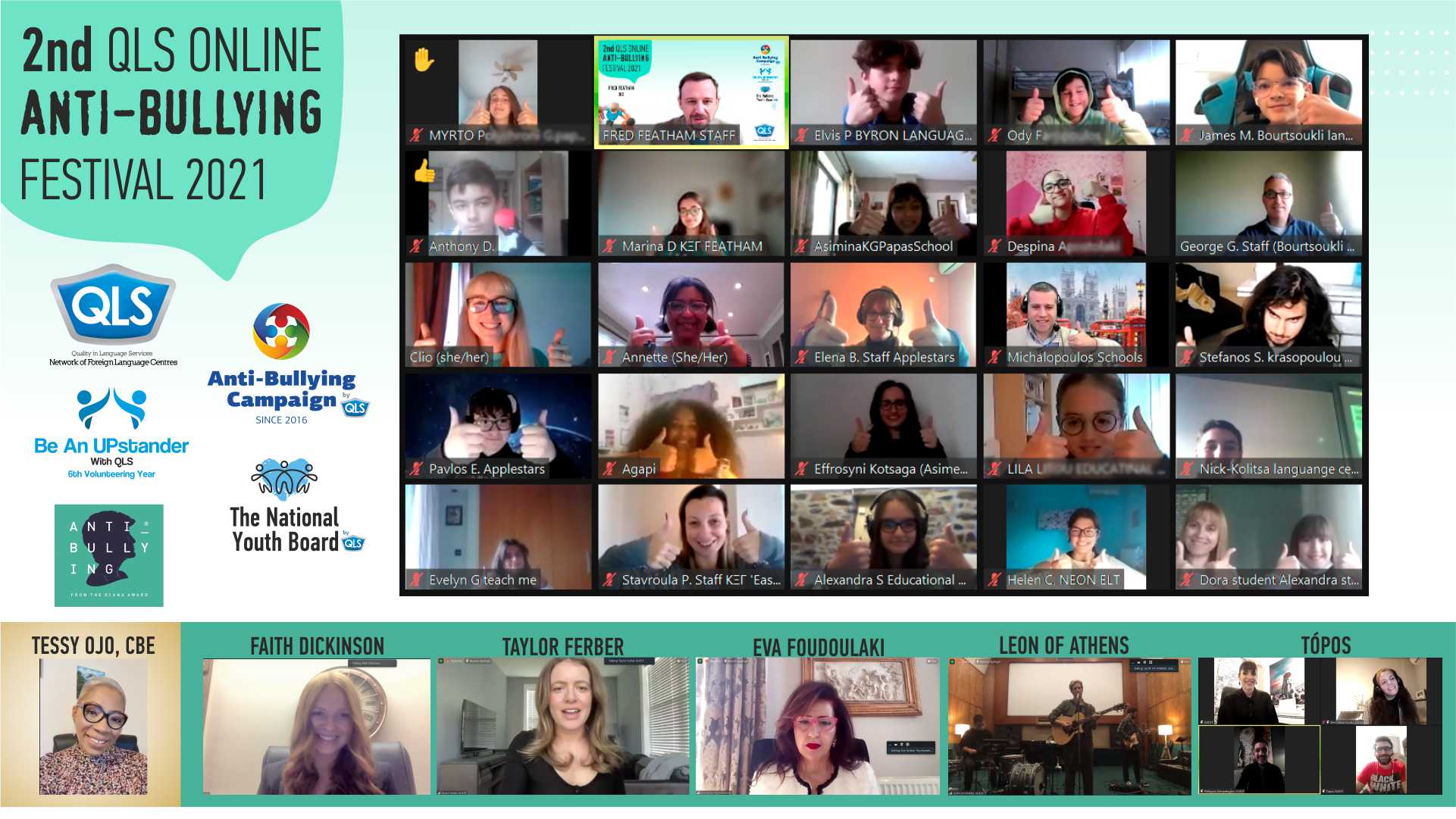 The 2nd Online Anti-Bullying Festival in Greece, organised by the QLS Network of Language Centres, was another huge success!

• The Festival opened with a greeting from Guest of Honour, Dame Tessy Ojo, CBE, the CEO of The Diana Award royal charity which is a long time collaborator of QLS. Dame Tessy also introduced the first guest speaker of the event, Faith Dickinson.

• Youth activist Faith Dickinson, who has received awards from the British Palace and the Canadian government, gave an inspirational speech, live from Canada, on her successful journey as founder of "Cuddles For Cancer", followed by a Q & A.

• Next, Taylor Ferber, red carpet reporter and podcaster, delivered an interactive presentation, live from the USA, on her path from being bullied at school to shining on the red carpet.

• The first day ended with new music band Tópos preforming songs from their debut album and addressing the issue of bullying by answering the attendees’ questions.

• On day 2, esteemed counselling psychologist, Eva Foudoulaki, talked about the effects of bullying on the personal and educational development of students.

• The Festival wrapped up musically with internationally-acclaimed singer-songwriter, Leon of Athens, who performed live with his band, followed by a Q & A session on bullying.

On Sunday 12th December, QLS will ring in the holidays by hosting another festive online event under the title "Christmas Tea 2" with Lucinda Dickens Hawksley, great-great-great-granddaughter of Charles Dickens, acclaimed author and broadcaster.

NOTE to editor: QLS (Quality In Language Services) is  a multi-award-winning, non-profit Network of Foreign Language Schools developing a modern educational community for their students since 2002.