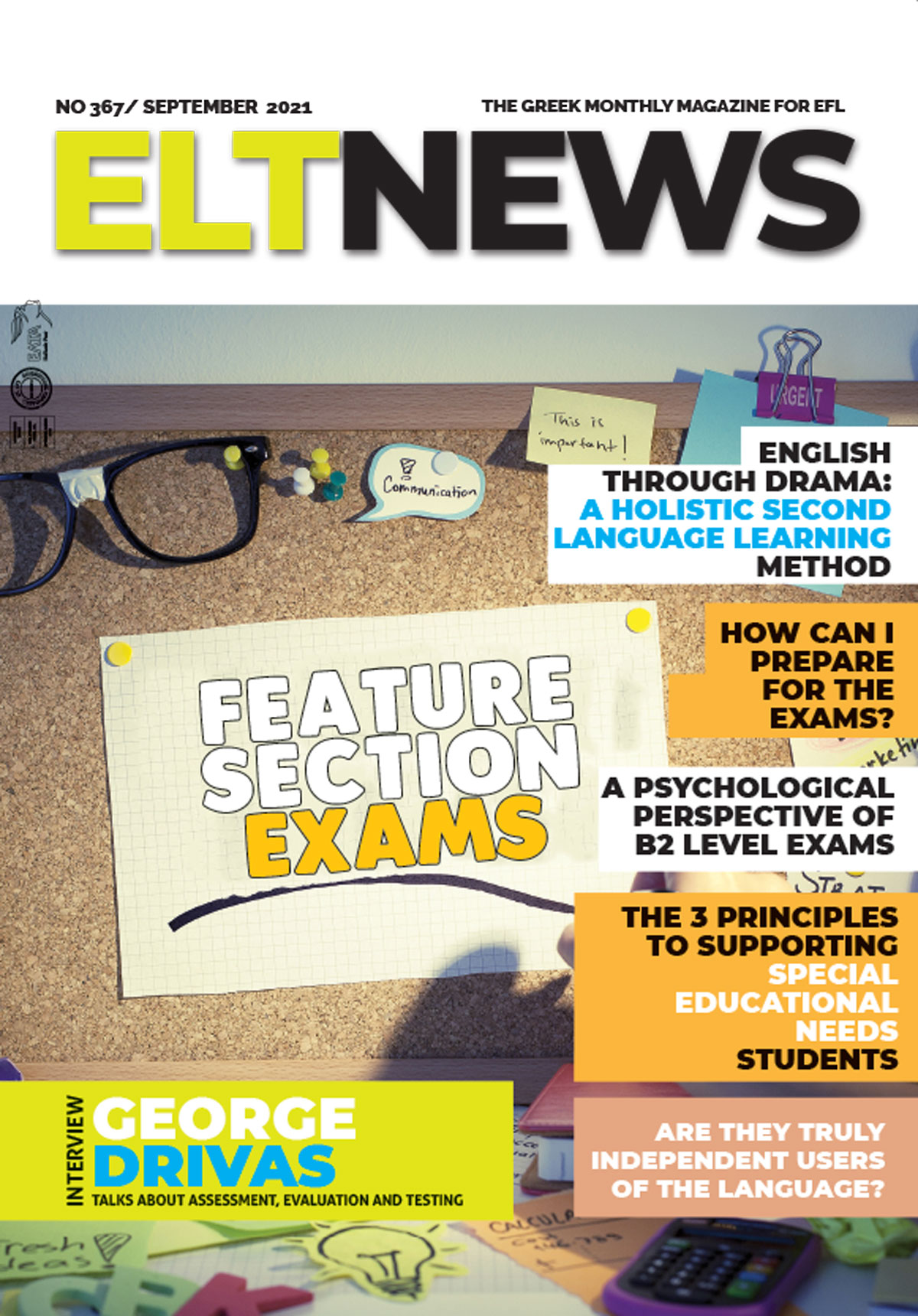 To answer this question, it is important to remember that FL learning is not meant to be merely a school subject for learners with no specific use later on in their lives. In Greece learners aspire to make good use of a foreign language and the accompanied certification at a later stage in their professional life. In this sense, Greek society is instrumentally orientated towards foreign language learning leaving aside emotions, such as enjoyment, fun, satisfaction, curiosity and so on, that may derive from learning a foreign language.

Consequently we need to re‐examine the kind of English learners are actually required to use in adult life and the kind of communicative competence(s) they need to be able to demonstrate in the foreign language particularly at work. This raises the following question: Is a general certificate of language acquired by holders at the age of 14 or even younger a good enough proof of their ability, skills and competencies later on in life? This is an important question that all stakeholders involved in language teaching and testing should ask themselves and reflect on.

It is common knowledge that mastering a foreign language in the school context takes time and effort; learners are able to demonstrate various competences over time and acquire different sets of knowledge in accordance with their age and overall maturity.  This view is also supported by research. As Cummins (2001, cited in Lyons 2011, p. 34) argues, it takes five to nine years for students to become proficient in English.

“As students grow up, they are understandably expected not only to deal with more cognitively demanding tasks, but also to use appropriate linguistic skills to access higher‐order thinking, to interpret, infer, and synthesise information; to pick out the main idea; to relate ideas and information to their background experiences; to recognize the conventions of different genres; and to recognise text structure.” (ibid).

Therefore it could be argued that Greek learners, who strive to acquire language certificates at such an early age, lack the knowledge, experience, skills and competences of mature foreign language users who can make successful use of the foreign language(s) at work.

“A few years back, I received a telephone call by a high ranking official from ASEP. The caller wanted my advice to a recurring problem ASEP was facing. As I explained earlier in this paper, those interested to join the ranks of the civil service must take certain examinations organized by ASEP. Examinations vary depending on the duties prospective civil servants will undertake. The requirements are set by the various Ministries or other state‐affiliated bodies. Knowledge of a foreign language is usually a requirement. Candidates do not sit exams administered by ASEP in the foreign language(s) they claim they know, but they merely attach the language certificates they once gained at school age to their application as valid proof of foreign language learning and use.

However, ministerial officials among others repeatedly complained to the caller that newly appointed civil servants did not use foreign language(s) well enough. I explained to the caller that a language certificate gained eight or ten years before entering the civil service or even much earlier reflects the holders’ language skills, abilities and knowledge of the foreign language(s) at the time they were examined. If holders had not practiced/used the language ever since, they have lost many of the language skills they once possessed. The only solution to the problem, I suggested to the caller, was for ASEP to declare that certificates need to have been issued during the last two or three years at the most before submitting them as evidence of good knowledge of the foreign language.”