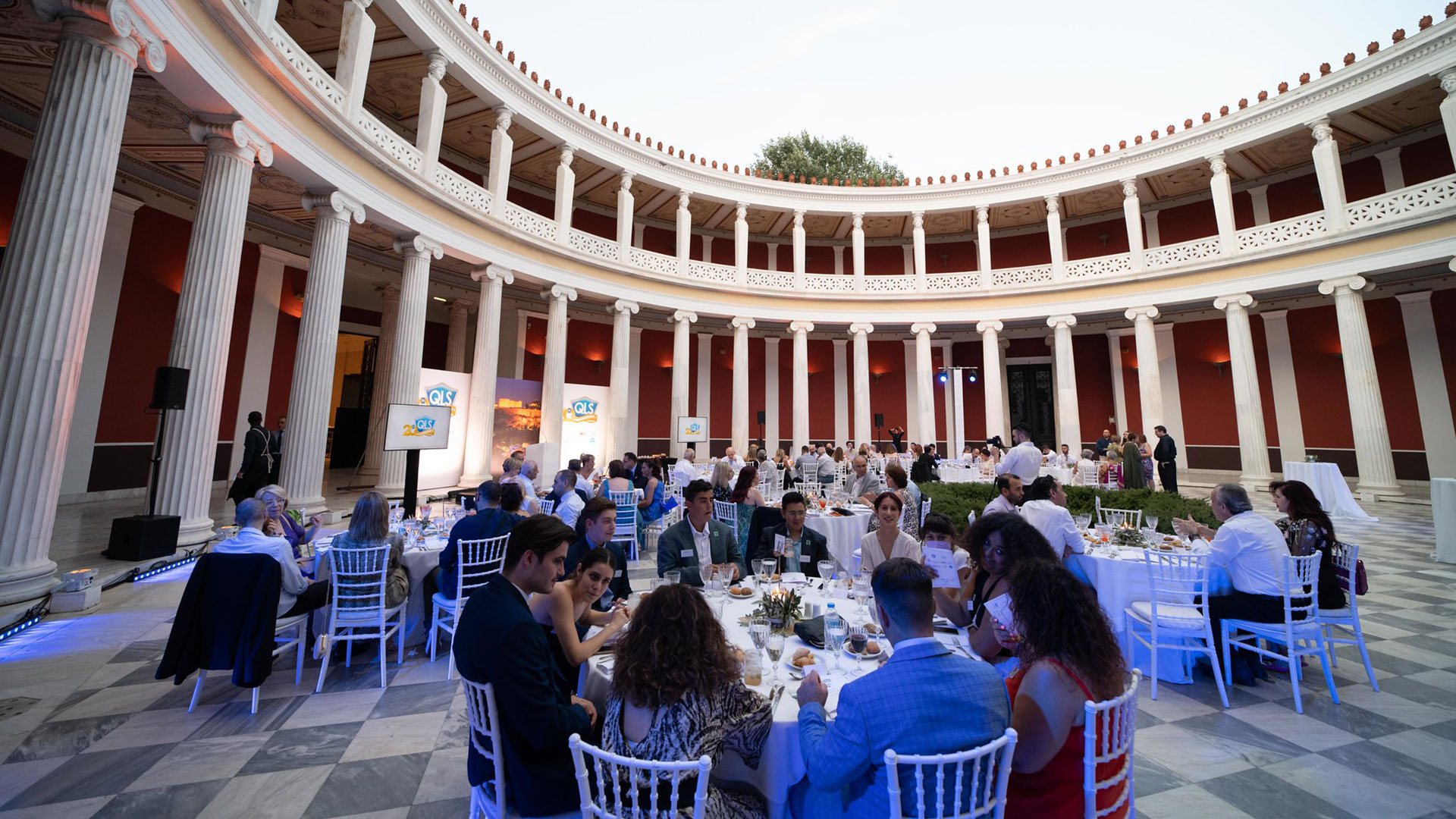 QLS, the multi-award-winning network of Quality Language Schools, celebrated its 20th anniversary with a unique gala on Thursday 23 June, at the iconic Zappeion Hall.

QLS has made a difference in foreign language education in Greece through its innovative programmes, including the QLP, its Debate Festival, its Anti-Bullying Campaign, the QLS i-Learn platform, the Book Club and the JUMP approach to teaching juniors. QLS's programmes have received 11 awards and enrich the learning experience of students by providing them with unique tools and life skills.

Guest of Honour at QLS's festive event was Tessy Ojo CBE, Civil Society Leader and CEO of The Diana Award royal charity, established in 1999 by the British government to continue the monumental legacy of Diana, Princess of Wales.

For more than 20 years, Tessy Ojo CBE has been breathing life into Princess Diana's vision of a better world. Mrs Ojo is a recipient of the U.S. Martin Luther King Award and is one of the UK's Top 100 Leaders according to British Airways. In 2020, Queen Elizabeth II made her Commander of the British Empire and in 2021 she received her CBE medal from the hands of Prince William, at Windsor Castle.

Over 400 QLS students and educators across Greece have undergone annual Anti-Bullying Ambassador training from The Diana Award in collaboration with QLS, a successful partnership now in its seventh year. Tessy Ojo CBE visited Greece with her husband, Stephen Ojo, and Anti-Bullying Ambassador trainer, Paul Hanmore, to celebrate this partnership as well as QLS's anniversary.

2022 also marks the 25th anniversary of the loss of the Princess of Wales and this added more meaning to the visit of Tessy Ojo CBE whom QLS awarded for her outstanding service to Philanthropy. Lifetime Achievement Awards were given to QLS founding members Harry Nikolaides, Michael Anetopoulos, Anastasia Koundoura and the late Konstantinos Termentzoglou for their outstanding contribution to QLS and foreign language education. Chair Leadership Awards were given to former Chair Asimenia Featham and current Chair Georgia Papas, now serving her second term.

Outstanding Member Awards were given to 15 QLS members for their contribution to the advancement of QLS over the years.

During the gala, a retrospective video of QLS's milestones was played, as well as a video of wishes from Anastasia Spyropoulou, Chief Editor of ELT News, Thom Kiddle, Chair of EAQUALS, Nancy Silberkleit, co-owner and co-CEO of Archie Comics, Youth Activist Faith Dickinson of Cuddles for Cancer, Nicky Hockly, Director of Pedagogy at TCE and Youth Activist Nicholas Nikiforou BCyA.

The gala was brought to a musical end with a live performance from members of the popular new band Tópos. QLS cordially thanks its sponsors EAQUALS, Express Publishing, Burlington Books and MM Publications, as well as its media sponsor ELT News.