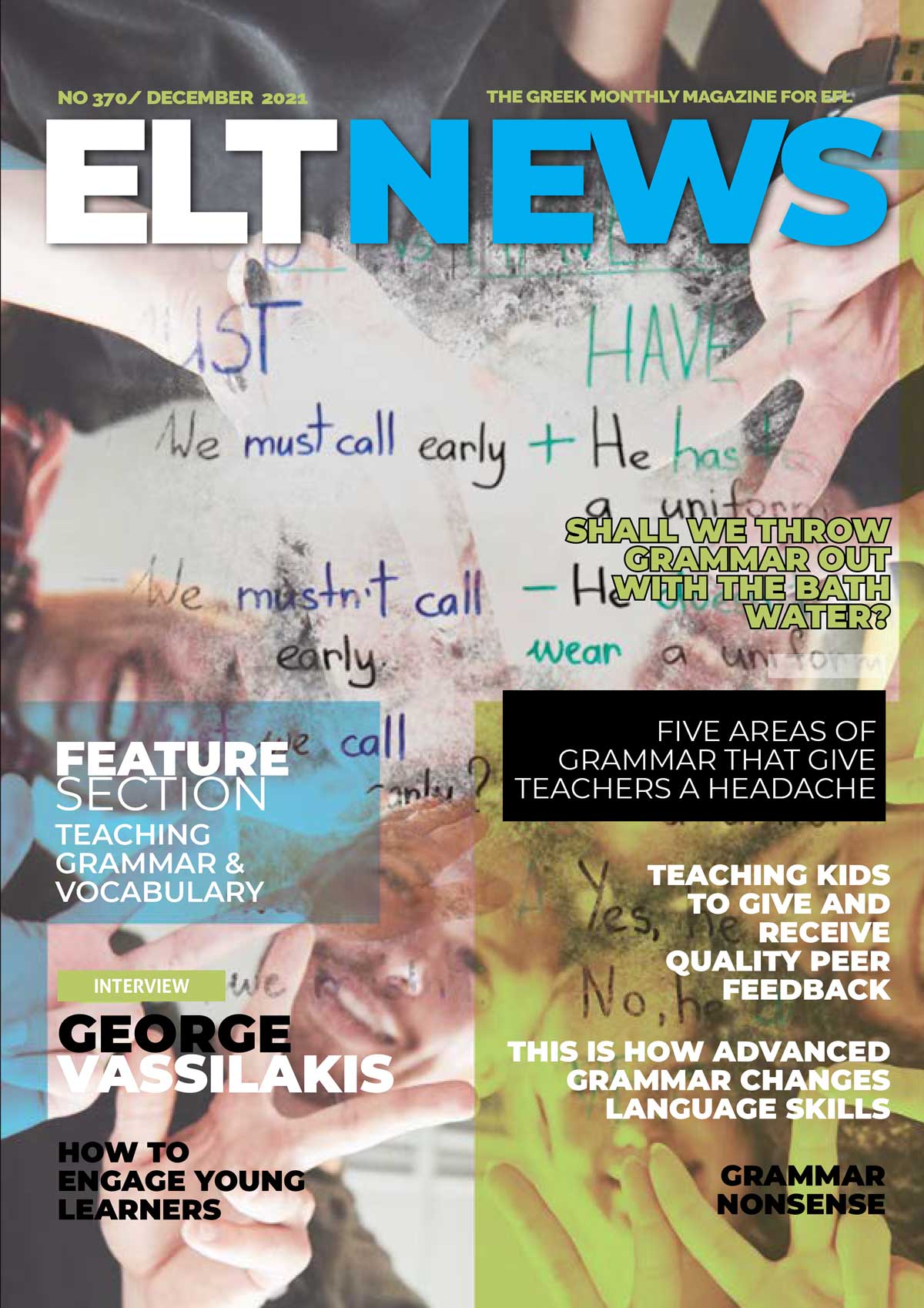 A grammar structure? Can we learn it as a chunk? Ιs it feasible?

I am writing this editorial both as a learner and a teacher. Many a times it’s useful to empathise with the students and realise how hard it is for them to internalize grammar in a foreign language.

The English grammar is much simpler than the grammar of the other three Romance languages I am learning. Look at the conjugation of the verb ‘to have’ in the past tense in French, Italian and Spanish.

Let’s look into the word order in English and French. While written French is a lot like English in having the subject obligatorily going in front of the verb in a normal sentence, and the object after the verb, informal spoken French barely cares about this. What determines word order when we speak is not grammatical rules, but the discourse. Has something been mentioned before in the conversation? Am I trying to change the topic of the conversation or give a follow up on the current topic? Am I giving an opinion on something stating a fact or being emphatic?

Here are three sentences, all of them talking about Marie and her interest in football as they would appear if football was the conversation topic and someone had just mentioned Marie in relation to it:

If the discourse had been slightly different, the word order of the French sentences would change without having to fiddle with the verb. For example, if I was responding to someone saying “Marie didn’t like football” and I wanted to contradict them, I’d change the above sentences into:

Such word order modifications are available in English, but are very rarely used. In French, however, they’re routine.

That makes Italian more complex to approach, because you can’t really express yourself in this language without a modicum of mastery of the conjugation system. That modicum is more complex than what you need in English to converse at the same level. Learners need to memorize a subset of a complicated conjugation table, then internalize that subset by practicing verbs in writing, or in dialogue till conjugation becomes automatic.

(The present tense in the indicative of four of the most common verbs: the infinitives are: fare=do/make, stare=be/stay, andare=go, dare=give)

Subordinate clauses are a nightmare.

Most self-proclaimed fluent speakers of Italian as a foreign/second language can be spotted as non-natives by their improper use of imperfetto (past continuous/used to…), passato prossimo (present perfect), or passato remoto (simple past), not so much of congiuntivo (subjunctive), which can be a challenge for non-educated Italians as well.

Complicated, isn’t it? Now you understand why the Italians have difficulty in expressing themselves in English.

Italian also allows and sometimes requires the use of double negatives, in which a negation must occur before and after a verb, unlike in English (except for giving emphasis).

English has a few changes in verb forms, adding ‘-s’ or ‘-es’ to indicate third person singular forms in the present tense, adding ‘-ed’ or sometimes just ‘-d’ to indicate the simple past tense, and adding ‘-ing’ to indicate continuous or progressive verb forms. To further indicate tense, English adds auxiliary verbs in front of the standard verb form.

However, Spanish (like Italian and French) takes a different approach to conjugation: although it also uses auxiliaries, it extensively modifies verb endings to indicate person, mood, and tense. Even without resorting to auxiliaries, most verbs have more than 30 forms in contrast with the three of English.

For example, among the forms of hablar (to speak) are hablo (I speak), hablan (they speak), hablarás (you will speak), hablarían (they would speak), and hables (subjunctive form of ‘you speak’). Mastering these conjugated forms -including the irregular forms of most of the common verbs- is a key part of learning Spanish.

Spanish (like Italian) also allows and sometimes requires the use of double negatives, in which a negation must occur before and after a verb.

In English it is easier to learn a grammar structure as a chunk whereas this is not possible in the Romance languages due to declension. We could teach ‘Would the family have a dog?’ ‘Would the house have a swimming pool?’ ‘Would there be a garage?’ without giving much explanation about the tense –what we want after all is our students to be able to use ‘would there be…’ appropriately without caring about the rule. They will be ready to study a grammar rule and understand its function and use after they have built a solid background knowledge of English –no earlier than B1 Level.

It’s easy to master the basics in English grammar; in reality this is what most people need. Focus on the basics for everyday communication. There is no need to spend valuable class time explaining rules students cannot understand and apply. Make sure students practice the pattern as much as possible and are able to use it in all four language skills. Grammar will never be mastered anyway.

This email address is being protected from spambots. You need JavaScript enabled to view it.